How Rules Make, and Ruin, Games.

Sarah tells us about implementing a sticker chart for her toddler, and wonders if this system is creating the correct incentives or teaching a different lesson entirely. Coach MK describes the systems she has created to work with her ADHD and how those systems often run counter to popular systems of organization. “You must make THIS work,” would be a bad rule for her and make her feel like a failure; “you must recognize failure, identify the failure point, and create a system that WORKS...swiftly,” is the rule that has survived the test of time.

We then put on our liberal arts/language major hats to take a critical look at other systems and the rules that defined them to ask: if rules make the game, must all rules be applied at all times?

Enjoy this ride from rural Tennessee to Soviet Russia and back to your local pharmacy as we ask ourselves what are we REALLY talking about when we’re talking about cheating at running at the non-elite level?

SOVIET RUSSIA SUCKED. (They also cheated. Like A LOT.)

Previously, we discussed Beyonce’s 22 Days advertisement, the pressure many people feel to lose weight quickly, how so much of 'wellness' is code for 'weight loss', and how we pretend that the choices we make are about the person with zero regards to the pressure.

The episode before that, we talked about how our liberal arts language degrees are massively undervalued, so let’s bang that $71,000 per year drum once more (yup, that’s the yearly cost of Georgetown now!).

In 1994, I attended TN Governor’s School for the Sciences and realized my rural education would not meet the basic requirements for entry to basically any of the colleges I wanted to attend, and I would need almost a year of bridge courses if not more if I was serious about becoming a biomedical engineer. Prior to that, I had no concept of how far behind I was.

Side note- this is why I laugh when most people I encounter worry about the quality of their local public schools. I’m like, “you don’t know what behind looks like!!!!”

At Governor’s school, we had exchange students from Russia. In many ways, they were easier to communicate with than anyone else I met that summer; my school still doesn’t offer AP classes and I had no idea there was more than 1 SAT exam; I was playing wiffleball and they were in the NFL. Totally different admissions games. I was going to have to change strategies.

At the end of the summer, we were told that the org that sent the Russian students to Governor’s School would be sending 8 of us over to Russia the following summer. I applied, and was accepted.

This happened through the Citizens’ Exchange Council, which looks a little different nowdays. I will never forget the orientation we received before getting on the plane; the first plane I’d ever been on btw, “don’t be surprised if you walk into a store and they won’t sell you things; they don’t have to. There’s no concept of commerce here, they get paid whether the business makes money or not. They have incentive to show up, not to DO stuff.” (Nyet Khleba)

Now, to look at this situation and see Russians as lazy is to miss the point: the people weren’t the problem. The incentive structures of jobs in the soviet union were the problem. You wanna understand the culture and the people, you gotta look at what they are working with, the immutable forces that shape their lives.

A second piece when considering Soviet Russia- most people were powerless except in one area- saying ‘no’. So, if you walk into a store and someone is having a bad day, you gotta tell yourself, “it’s not me, they’re just enjoying what little power they have” and get your bread somewhere else. Don’t waste time being pissed; that ‘no’ to you might be all they’ve got.

And THIS is where my interest in economics and business emerged: how to align incentives in ways that work. There are always bad apples, but once you have a LOT of bad apples in one place, it’s probably a crappy system.

Tangent: Thank God I majored in Russian- it’s how I got into Georgetown. I was the only female in the country to applied to be a Russian major in 1996. Learning that tidbit my sophomore year was stunning.

HOT TAKE- This is also why I defend Millennials- they are calling out crappy systems all over the place and I’m not mad about it.

This is what makes democracy so thrilling- punching up. Speaking truth to power, and power RESPONDING. That never happened in Soviet Russia!

But truth has ALWAYS been a fuzzy idea at best. One set of facts, two interpretations= two truths. This isn’t new.

Few things are more American than HATING cheaters. Problem is, cheating isn’t always black and white. This is what makes Lance Armstrong’s story so infuriating- it was TOTALLY out of bounds, it was egregious. Our perception of/reaction to Maria Sharapova though? That’s questionable.

What Lance Armstrong did was totally out of bounds, but he’s a professional athlete. Paid MILLIONS of dollars, faked thousands of drug tests. There’s no arguing that what he did was ok, it wasn’t. But it’s widespread, everyone is doing it, so much so that many high-level sports are kind of a joke, frankly. Like the Soviet Bloc Olympic Athletes of the 80s...ha, or today. (At the same time- do you really think these athletes are or were in a position to say no?). The system is broken- WADA has no teeth, why WOUDLN’T everyone do what Lance was doing? (if you watch TDF going on right now, everyone seems to be like, ‘WELL THEY ALL ARE!”)

What does doping look like if a drug is medically necessary?

“In higher doses, Haggerty said, meldonium can serve as a performance-enhancer. Because Sharapova was taking a prescribed dose for health purposes, he said he would probably request a minimal penalty from the I.T.F.”

Is her story totally implausible, or do we just not like her? How much cognitive dissonance did we employ to keep believing in Lance Armstrong?

The way we cheat looks very different. We ride bikes and fake Garmin data and hire bib mules. If you didn’t do the work but take the spot at Boston, I GET the anger there.

But that’s where I stop. The movement to call out less egregious infraction in non-elites is gathering steam, and it’s making a lot of my clients nervous. If a friend jumped into the race and ran a mile with you at any point, what good comes from getting that person DQd?

My issue with the investigation sites, all of them, is the lack of oversight. No procedures. Just finger pointing and a bunch of dudes pointing to infractions that can have major implications they don’t seem to care about.

My husband and I had a long chat about this, He’s a rule-FOLLOWER and I am not. He’s also a rugby referee, and in that job he has to know the rules and decide when applying them helps the game or ruins the flow of the game. I wish everyone adhered to this standard.

Disqualifying an 86-year old runner for using an albuteral inhaler THAT HE NEEDS IN ORDER TO BREATHE helps what, exactly???? It may be against the rules, but is it doping? DOES IT MATTER HE IS 86!!!!! Is it unfair, or is the finger-pointer a sore loser?

With no incentives, the current setup is going to devolve into Soviet Russia, with the type of distrust and finger-pointing that didn’t improve anything. Ask my old poker buddy Karol Markowitz, who immigrated here with her family right around the time An American Tale was in theaters. (OMG THAT MOVIE!!!! I tried watching it with my kids and was like WHO THE HELL??????).

Integrity of the sport is stupid. We have almost as much faith in the governing body of the Olympics as we did The Politburo. 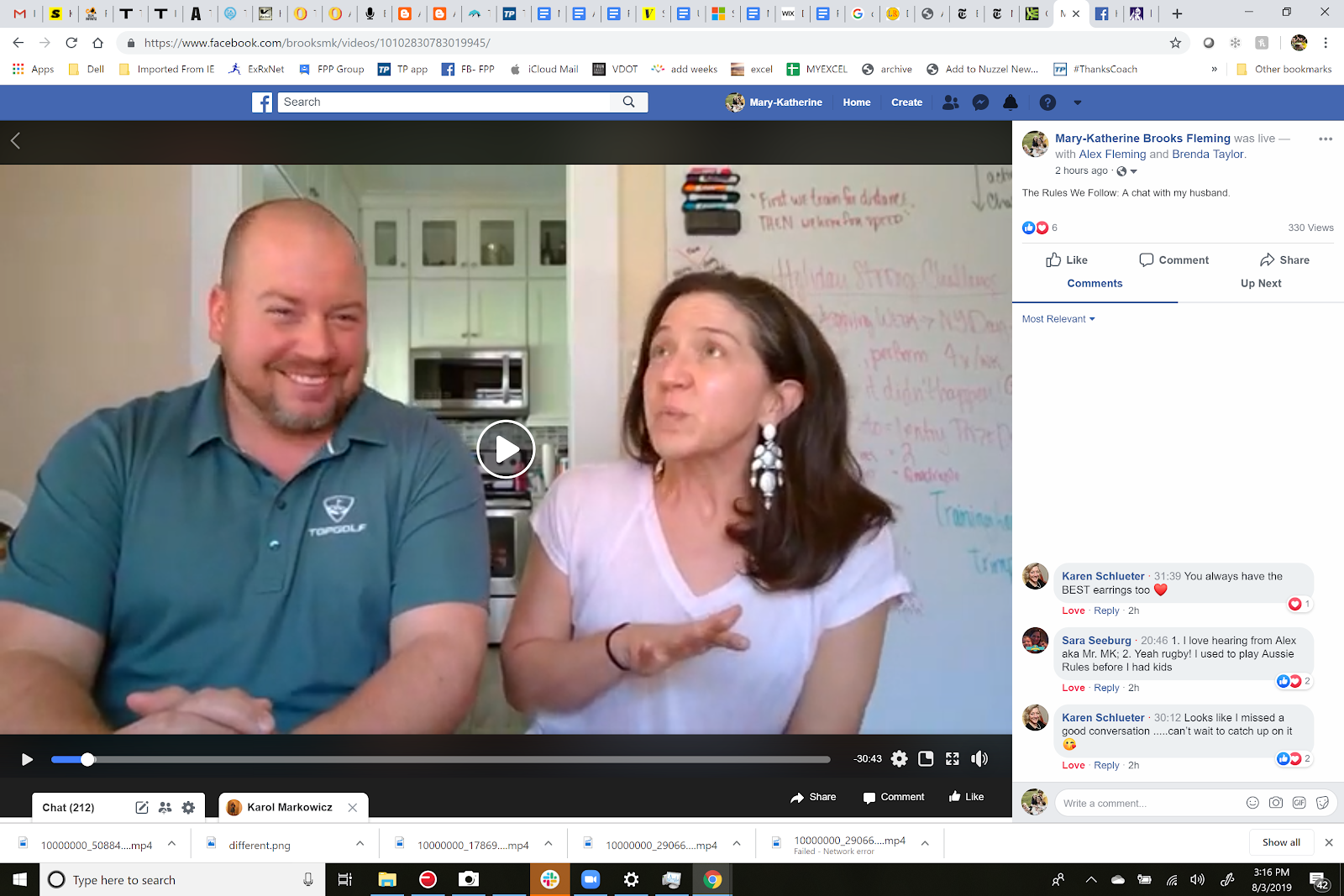